Trailhead:
The ride is located in Incline Village, Nevada.

The Ride:
A beautiful slow pace cruise in a park-like setting along the entire length and return on Lakeshore Blvd. Once called “Millionaire’s Row”, should probably be changed to “Billionaire’s Row.” This ride offers a showcase of wealth’s imagination, design, and build out of remarkable estates and landscaping. The Hyatt Regency Hotel is located here and across the street is Lone Eagle Grill – a continental cuisine restaurant right on the shore of Lake Tahoe.

Historical:
Like all areas in Tahoe, the Washoe encamped along the Lake shores during the summer months to hunt and fish. When silver was discovered in Virginia, City in 1859, a development boom occurred. The Sierra Nevada Wood and Lumber Company exploited the old growth forests by cutting them down to supply timber for the mining operations. To transport the logs, the company built a narrow gauge railway called, Incline Railway, because it had to travel 1,400’ up an incline to get to the mountain crest where the logs were dropped on a gravity flume that descended on the eastern slope to a 3,000’ water tunnel to Carson City. Incline got its name from that incline railway.

With a depleted forest, the logging operations left the area in shambles. Early in the 1900’s, George Whittell, a real estate magnate, purchased much of this land along the entire east shore – from Incline Village to Zephyr Cove, and built his stone castle on the lake just south of Sand Harbor State Park. In the late 1950’s, the Crystal Bay Development Company approached an aging Whittell which lead to the purchase of 9,000 acres they wanted to develop into a unique community. This planned community would be called Incline Village and have its own ski resort, private beaches, a world-class golf course and marketed to the wealthy as a complete community with tax haven benefits provided by the state of Nevada taxation policies. 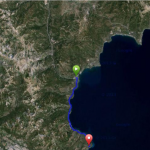 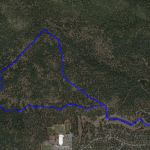