The South Tahoe Bijou Bike Park is well underway. The BMX track itself is complete with additional features and amenities still coming like the competitive starting gate and bleachers for spectators. Construction is now focused on the mountain bike slope style courses followed by two more courses to be built — the small and large Pump Tracks. Completion of the Bike Park is scheduled for the end of August.

Final design adjustments and build-out are being done by Alex Fowler, founder of Action Sports Construction, from Santa Cruz, California. He is a young man with a passionate enthusiasm about building BMX (he was a BMX pro for 10 years) and slopestyle tracks around the Country and even for the Olympics in 2008, 2012, and the upcoming Olympic track in Rio de Janeiro for the 2016 games. But aside from those accomplishments he is inspired by how the City of South Lake Tahoe has made a commitment to such an undertaking.

I met with Alex yesterday at Bijou Park, as he was checking course lines and driving truck, and we chatted about his background and the project. He shared with me about how impressed he is with how a bicycle advocacy group (Tahoe Area Mountain Biking Association), a landscape design firm (Design/Workshop), South Tahoe BMX Association, community members, and the City came together to gain support, raise money, design the park, and commit the necessary resources to make it happen. He said there are few cities and communities that have taken such a collaborative volunteer approach to building a bike park with as many courses (six) as the Bijou Bike Park.

Alex is a busy guy with back-to-back construction projects for the next six months. But he looks forward to returning and riding us. We too look forward to his return.
The City is planning a grand opening celebration and I will let you know as soon as they announce it. You will want to be there to help celebrate this great community accomplishment. It will generate news throughout the nation’s bicycle community, and new visitors will be arriving to ride this unique bike park. 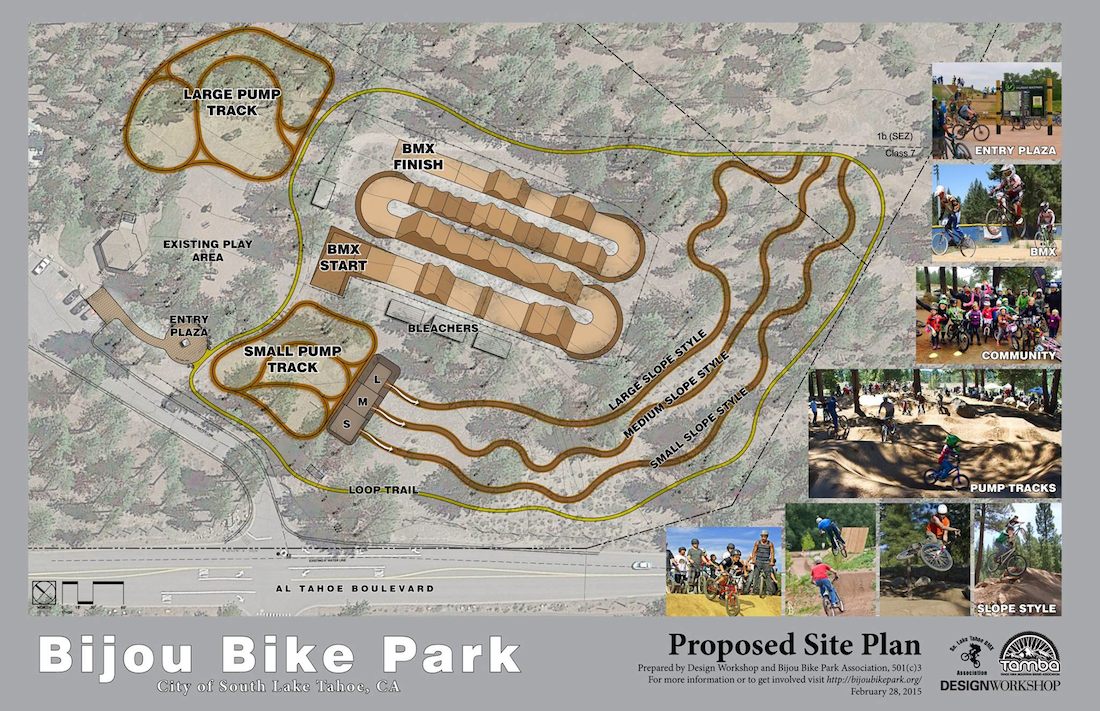