This October, I attended the 2016 Mountain Bike Hall of Fame Induction Ceremony to honor friends, and new friends, being recognized for the contribution they have made for advancing mountain biking development and promotion. The following individuals are the 2016 Mountain Bike Hall of Fame Inductees. I have paraphrased their descriptions from the Marin Museum of Bicycling’s event brochure. 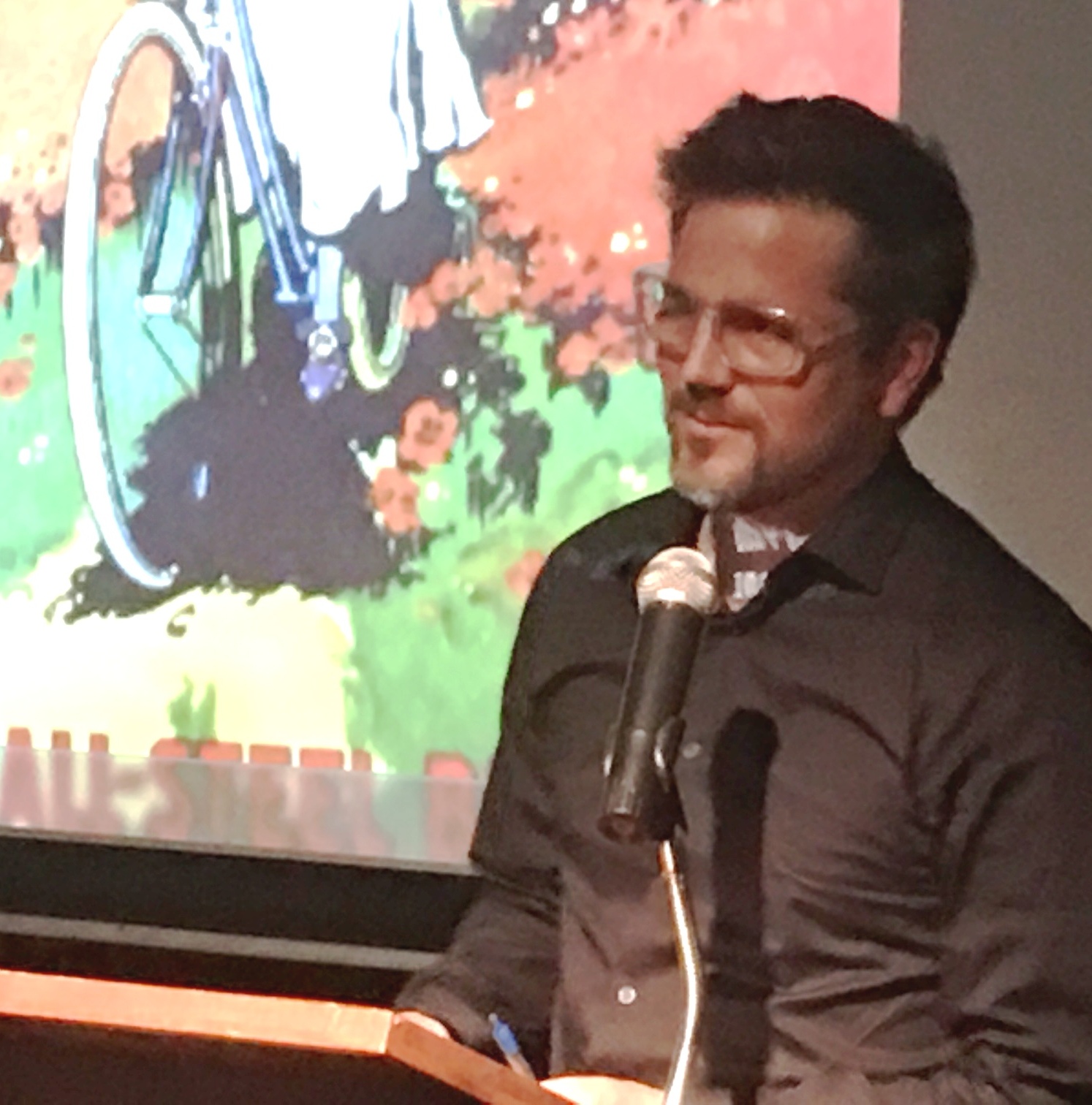 Matt Fritzinger, Founder, National interscholastic Cycling Association (NICA)
Now with nearly 16,000 high school mountain bike racers and 4,000 coaches in 17 states across the country, NICA is well on its way to institutionalizing mountain biking in high school sports. In 1998, Matt was a Berkeley High School math teacher and started a mountain bike team with a small group of students. The success from this effort lead him to forming the NorCal High School Cycling League in 2001, and by 2008 NorCal grew to more than 400 riders and 20 Northern California schools. In 2009, funded with a grant from Easton Sports Foundation, Matt and colleagues launched the SoCal League and 1,000 students competed.

Matt drafted a standard set of racing rules and event procedures. He then tested and refined this competitive system and it became a scalable template for the formation of the National Interscholastic Cycling Association. 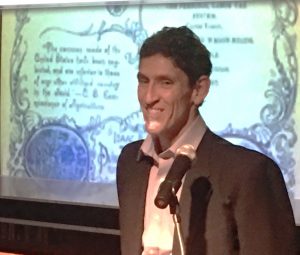 Román Urbina, Founder, La Ruta de los Conquistadores
In 1992, Román founded La Ruta de los Conquistadores, an extreme multi-day mountain bike races that was inspired, in part, by the Conquistadores route across Costa Rica. Often called “The World’s Toughest Mountain Bike Race”, La Ruta continues to inspire and attract thousands of athletes and some of the world’s top competitors. They come to challenge themselves and others on this 3-day, 200 mile, course through jungle, over volcanoes, crossing rivers and extreme weather that begins on the Pacific and finishes on the Caribbean side of the country. 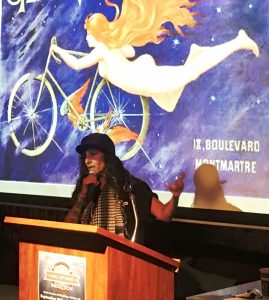 Missy “The Missile” Giove, Competitive Superstar
Missy is one of mountain biking’s racing superstars. She transferred her need for speed, as a nationally ranked downhill skier, to becoming the all-time leader in NORBA downhill wins with 14. She went on to win 11 medals in World Cup, three NORBA downhill overall crowns, two World Cup overalls, the 1994 Downhill World Champion, and X Games Gold in Dual Slalom in 2000.

Missy is one of the biggest stars in the sport of mountain biking. She dominated many of the US downhill races in the early 1990’s that helped bring attention to the sport. Her personality, passion and competitive results have helped shape the image and lifestyle of the sport; inspiring women and thousands of others to try mountain biking. She retired from full-time racing in august 2003.

Jeff Archer, Passionate Bicycle Visionary and Advocate (deceased)
Jeff accomplished and contributed much in the bicycle industry. In 1994, he founded his First Flight Bicycles bike shop, which has become one of the top shops in the country, located in Statesville, North Carolina. Here he would build the Museum of Mountain Bike Art & Technology (MOMBAT) where more than 250 vintage bikes and accessories are displayed. He also built an online archive (www.mombat.org) resource for enthusiasts and historians. Jeff’s love for the bicycle had he purchase and resurrect the Mountain Goat Cycles brand. And there is more: he served as a judge in the North American Handmade Bicycle Show, put on the annual Crossroads Festival, built bicycle trails at Lake Norman State Park, and worked to build greenways across North Carolina.

Jeff’s life tragically ended when he was struck by an impaired driver while he was walking across the street from his shop. He is survived by his wife and two boys. Jeff was 52 years of age. 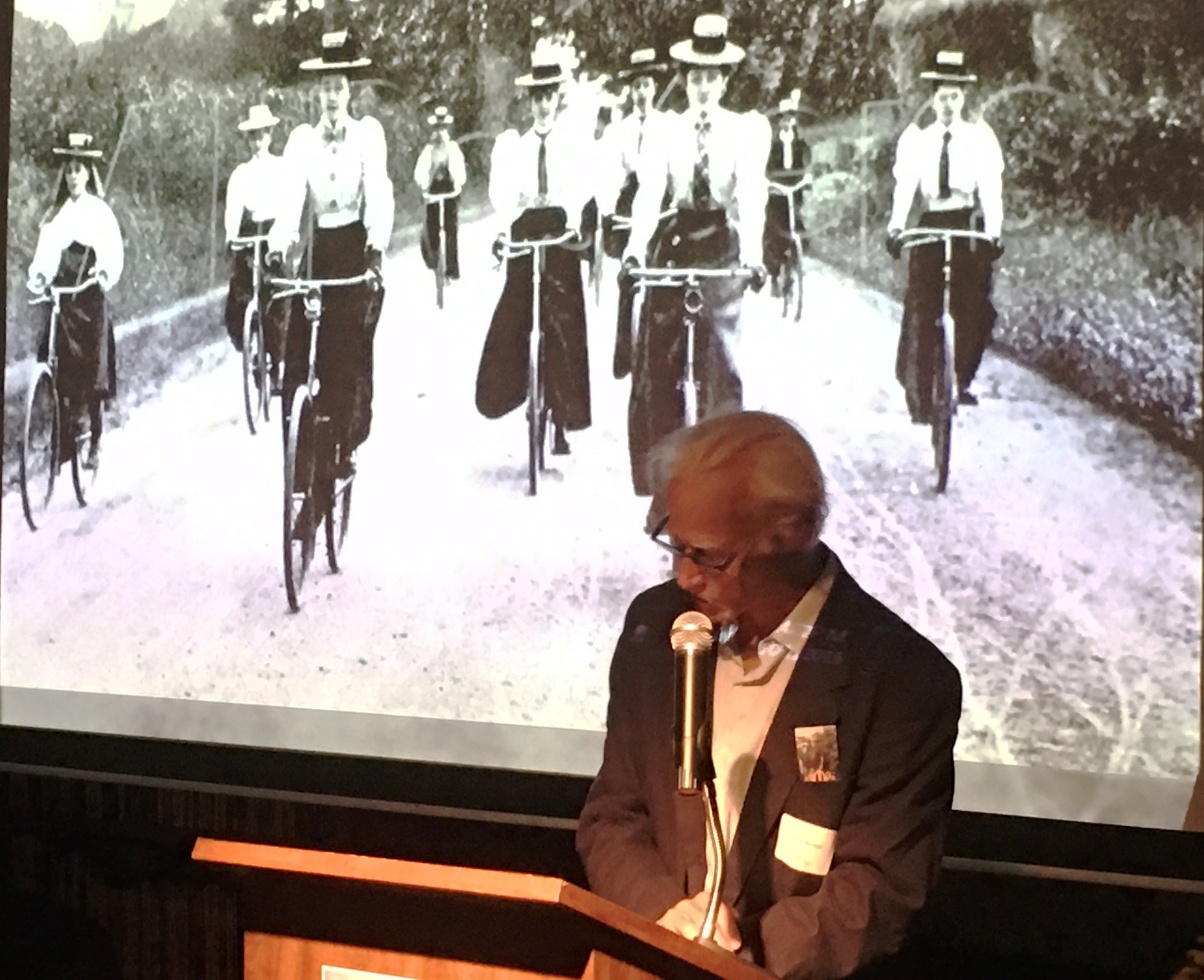 Hank Barlow – Founder, Mountain Bike magazine
Hank created Mountain Bike magazine in 1985 out of his interest for a bicycling activity emerging with new energy, technologies, events and places to ride. Mountain Bike was the first full-color magazine devoted to mountain biking and his first story was about Moab, UT – a place few cyclists knew. He went on to explore and write about other mountain communities in Colorado, Idaho, Wyoming and even our Lake Tahoe. His stories and photos helped promote mountain biking and brought attention to these communities where the sport continues to blossom.

Challenged with his ability to stay ahead of the mountain biking’s rapid growth and his ability to fully showcase it, he decided to sell the magazine to the publisher of Bicycling magazine, Rodale Press.