Each year, major road cycling events attract thousands of bicyclists to the Lake Tahoe area. They come from across the United States and internationally to enjoy Lake Tahoe’s natural beauty, fresh air, and cycling challenges that may include distances traveled, summits conquered or riding for a cause.

Two particular cycling events have been delivering exceptional rides for over twenty years. They are the Death Ride: Tour of California Alps (Death Ride) in the Alpine County area, and America’s Most Beautiful Bike Ride in Tahoe (AMBBR). Each event attracts more than 3,000 riders annually with uniquely different ride routes and personal objectives. When you consider that each event rider typically has a family member or friend(s) with them on the trip, the destination impact on the area is two to three times the registered riders or 6,000 to 9,000 people per event needing lodging and places to eat and shop. These events represent a significant economic boost to the region. 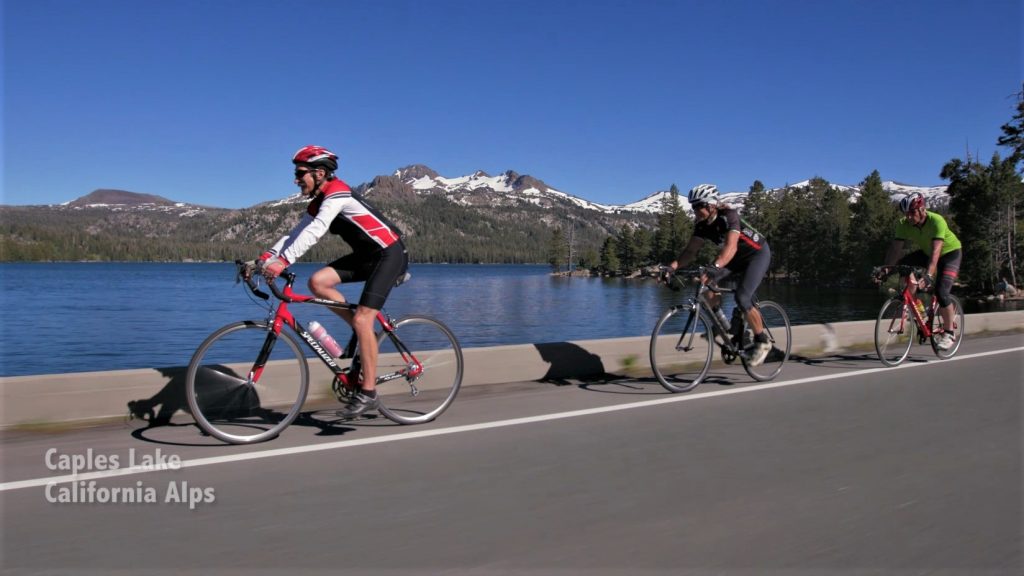 Death Ride. The Death Ride event challenges cyclists to ride five mountain passes, 129 miles, and 15,000 feet of elevation gain. For many cyclists, the Death Ride serves as a benchmark to test and evaluate their personal fitness and endurance levels. Featured the second week in July each year, the ride provides ample time for cyclists to train for the event and once their preparedness is tested on event day, they can share their experiences, and re-establish new personal goals and continue their training. 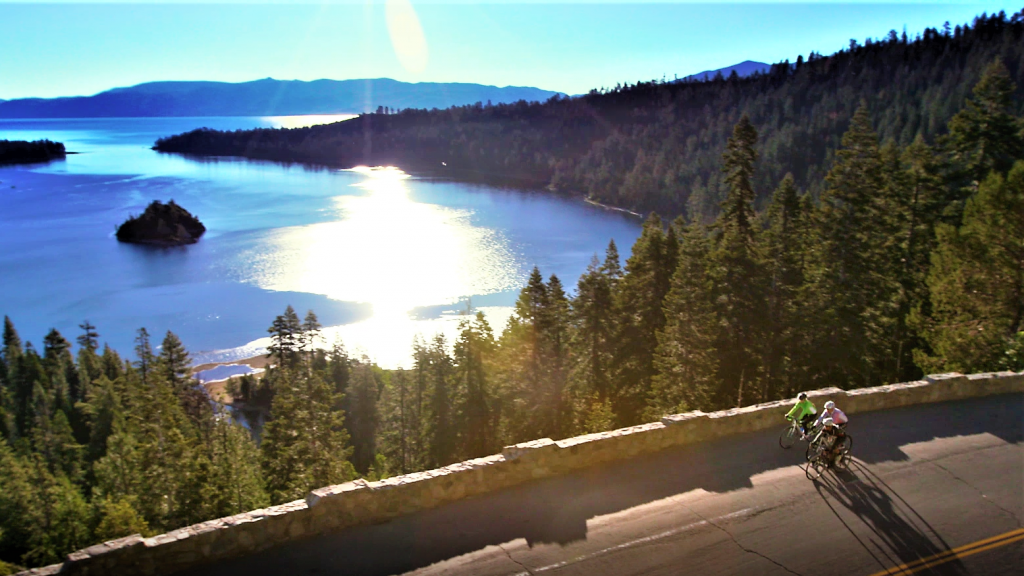 America’s Most Beautiful Bike Ride. On the other hand, the AMBBR event challenges cyclists in a slightly different way. While riding around the Lake’s 72-mile circumference and 4,000 plus feet of elevation is certainly a challenge in its own right, the added challenge is raising dollars for the Leukemia & Lymphoma Society. Each year, the Society, in collaboration with Teams In Training, conducts a six month cyclist’s training program in preparation for the ride and coaching them for the fundraising portion of the event. More than two thousand riders from 23 states come to Tahoe to ride for family and friends who have been afflicted with these deadly blood diseases. The AMBBR event is the largest yielding fundraising event for the Society each year – having raised over $94 million with 24,000 participating cyclists since they started coming to Tahoe in 1994. These funds help the Society explore new paths to cures, supporting approximately 300 active, cutting-edge research projects in blood cancer research for leukemia, lymphoma, Hodgkin’s disease and myeloma. The event is on the Sunday following Memorial Day Weekend each year and is open to about 3,500 riders. This event, like the Death Ride sells out early.

More recently, the world’s cycling media and public has learned about Tahoe and the surrounding area’s beauty and great road cycling conditions as a result of the internationally televised Amgen Tour of California (TOC) professional bike race. The Amgen TOC event is the most important professional bike race in America. The world’s top pro teams send members here to compete in the week-long event as they travel along the coast, climb the Sierras, and entertain thousands of spectators in major cities. This event serves both as a training race for the development of new professional cyclists and for the elite professional cyclists in preparation for the world’s most important bike race – the Tour de France in July.

Cyclists who have not yet ridden the area in either of the events or for recreation can now get a glimpse of the areas’ beauty and type of roads by viewing the new bike video produced by Bike Tahoe in collaboration with the Nevada Commission on Tourism. This video, Road Cycling: Lake Tahoe USA is part of the We Bike Tahoe Video Series highlighting some of the ride sections featured in the Death Ride and AMBBR events.